Blame the Gun, of course!

With so many issues to discuss after the horrific terror attack in Orlando, which do you think the media and the Democrats will focus on: 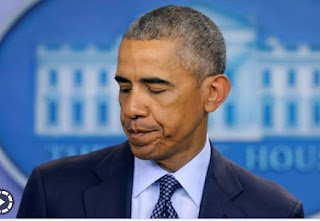 I wonder which they will focus on...
Just kidding.
We already know the answer to this question since Obama's remarks blamed guns in less than a minute, while not mentioning Islam even once.
Posted by Kaffeesatz at 5:15 PM