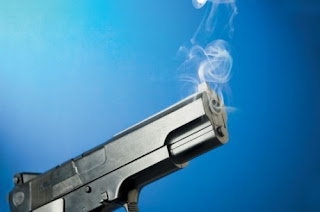 Posted by Kaffeesatz at 10:01 AM No comments:

It is 100 degrees out today, so it seems like the perfect time to talk about Global Warming.  Err, Climate Change.  Whatever they call it now.

You know what it says?  It says all the previous IPCC reports are complete and utter lies.  They are 100 degrees of hot air.

Well, it does not use those exact works.  But it does make some startling admissions that show pretty clearly that all of the previous reports were politically motivated junk masquerading as science by a pretty important organization.

"The IPCC is the world's most prominent source of alarmist predictions and claims about man-made global warming. Its four reports (a fifth report is scheduled for release in various parts in 2013 and 2014) are cited by the Environmental Protection Agency (EPA) in the U.S. and by national academies of science around the world as "proof" that the global warming of the past five or so decades was both man-made and evidence of a mounting crisis."

"The IAC reported that IPCC lead authors fail to give "due consideration ... to properly documented alternative views" (p. 20), fail to "provide detailed written responses to the most significant review issues identified by the Review Editors" (p. 21), and are not "consider[ing] review comments carefully and document[ing] their responses" (p. 22).

In plain English: the IPCC reports are not peer-reviewed.
Read more: http://www.americanthinker.com/2012/07/ipcc_admits_its_past_reports_were_junk.html#ixzz20uqTjtu9

There are further criticisms:

False use of confidence intervals gives the report more gravitas than it deserves.  Confidence intervals have a specific meaning in statistics and science.  The IPCC would ask people for their opinions and then report that global warming predictions have an '80% confidence', conflating mere opinion for science.

The IPCC summary findings are no more than opinion polls of true believers.  This would be like going to a church and asking all the congregants if they are confident that there is a god, and then reporting that there is a 80% scientific certainty that god exists.

If you ask people who will directly benefit from solving the problem if the problem is real, of course you get 80% confidence.  The real question is, who are the 20% of  'climate scientists' that do not believe that climate change is real??

There are more problems than this, but the point is made.

Several years ago skeptics began to question the processes and assumptions of the IPCC.  They were ignored by the press, and ridiculed by the warmist community.

Well, now the IAC has admitted the truth.  The IPCC reports are not science.  They are political manifestos trumped up to look like science.

Can we please stop talking about climate change?  It is time we all accept that the gig is up, the news is out.  Climate Change is a hoax perpetrated by Leftists to gain personal power, money, and glorious headlines.


Posted by Kaffeesatz at 4:23 PM No comments:

President Obama has been on the campaign trail a lot recently, and this has allowed him to be a little more revealing about who he is and what he believes.
Recently he told an audience  “There are a lot of wealthy, successful Americans who agree with me because they want to give something back,” the president said. “If you’ve been successful, you didn’t get there on your own. You didn’t get there on your own.”

He expounds on this with “If you were successful, somebody along the line gave you some help. There was a great teacher somewhere in your life. Somebody helped to create this unbelievable American system that we have that allowed you to thrive. Somebody invested in roads and bridges.

He concludes with "If you’ve got a business, you didn’t build that. Somebody else made that happen,” he said.

These statements are very revealing, a window into the soul of the man who leads our Federal Government.

When there is success he sees the work of the collective.  He denigrates and diminishes the effort and the sacrifices of the entrepreneur.  He sees only the fruit of the government and the benefits of the government.

This flies in the face of actual experience.

Where individualism is allowed and encouraged, people and nations prosper.  This is not opinion -- this is fact.  The Heritage Foundation data clearly demonstrates that liberty drives wealth, not government 'investment'.   One glance at history reveals that collectivism results only in poverty for the masses.

The idea that the business man owes something back to society is the root of evil, not the virtue that Obama claims it to be.

The entrepreneur makes sacrifices and takes risks.  He works incredibly hard.  He does all of this in the face of competitors and a government makes this success as hard as possible.

We owe a huge debt of gratitude to the entrepreneur and the business man.  They are the ones that make everything in our society possible.  If you are reading this on a computer, you should thank Bill Gates and Steve Jobs, not the government.

The worship of the collective is the path to hell.  It has impoverished and oppressed billions, and murdered a hundred million more.

Obama needs to step away from the mirror and look at the real world where businessmen to far more good for mankind than parasitic politicians. 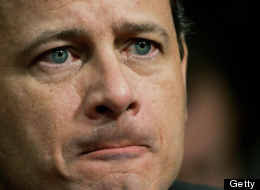 Posted by Kaffeesatz at 7:29 PM No comments: 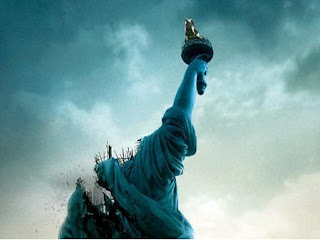 
Posted by Kaffeesatz at 4:57 PM No comments: