Wrong as Wrong Could Be

I posted a bunch of reasons why Romney should have won the election in a blowout yesterday.

They were thoughtful, well reasoned, pithy, and carefully crafted.

I had assumed that the coalition of the dependent was not quite at 50%, and that the overwhelmingly bad economic, social, and international results of this administration would prevent the re-election of Obama.

Well, I was wrong.

We have officially reached the tipping point. We are now a socialist country. 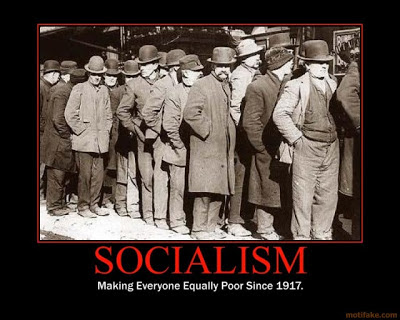 We now have more people in this country that will vote for more free stuff no matter what, than people that produce and want to be left alone.

This moment was predicted 200 years ago, and it has finally come to pass.

There has been a war for the hearts and minds of the American people for the past 80 years, and conservatives has lost on three fronts: Socially, demographically, and philosophically.

The philosophical battle was lost in the early part of the last century.  When the socialists saw that Americans would not revolt during the Great Depression, they knew they could never overthrow a country of educated, independent, free men.  So they decided to 'reform' education and create an army of young socialists.  They implemented a number of reforms over the past 100 years that have taught our younger generations to be good little communists.  When you think of grade school you think of the Dewey decimal system in the library, right?  Who was the communist candidate that failed in his presidential bid?  John Dewey.  'Nuff said.

The social battle was lost in the sixties when the hippies took over the culture.  The Left changed what we saw on TV, what we saw in movies, and the vocabulary of the conversation in every aspect of the culture.  We no longer made movies about the hero.  John Wayne was viewed as an anachronism.  The anti-hero became the new norm.  The enemy and the evil guys became businessmen and the church.   The regular American male was relentlessly mocked in Archie Bunker while the anti American socialists are the smart, funny, caring people.  The heroes are the socialists, the whistle blowers, the poor.    The police went from the Sheriff riding into to save the day, to the Bad Lieutenant, hooked on drugs and molesting teenagers. Perversions have been mainstreamed.  As Daniel Patrick Moynihan nailed it when he spoke of 'defining deviancy down'.  Traditional values are overthrown by mocking them.


The Demographic battle is being lost as we speak.  The Left has convinced the fastest growing segments of the population that the Republican party is evil.  Minorities have been brainwashed to believe that they must vote democratic or they are a traitor to their race.  People like Sowell, Dash, Rubio, and Thomas are pilloried as 'Uncle Tom's', assailed with death threats, and ridiculed in every way.  The door for illegal immigration has been flung wide open, with illegal status being normalized, and the illegal immigration being directed towards Third World countries.

Since 1965 we have been importing the dependent unskilled classes from the rest of the world, while barring the scientists, the ambitious, and the educated.

This election is the result.

We have allowed our country to be fundamentally transformed right before our eyes without any resistance.

When you allow the socialists to teach your children and blare their philosophy on the airwaves 24x7, and let them import legions of loyal socialist supporters, you get a socialist country.

Romney in a Blowout

After all of my doom and gloom prognostication, I want to be the first to commend Mitt Romney for winning the Presidency in a massive blowout.

The Media has it's thumb on the scale as usual, but all the signs indicate that Mitt will win in a romp tomorrow:
The signs are everywhere and they are unmistakable.

Romney will win, and he will win in a massive blow out.

Posted by Kaffeesatz at 9:10 AM No comments: