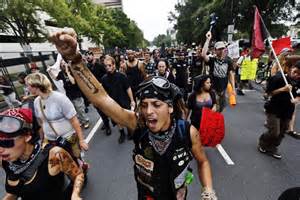 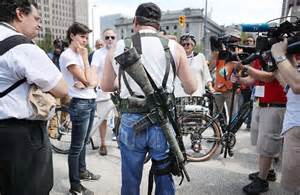 The Real Reason Hillary was not Indicted

So why wasn't she indicted?  The FBI claimed that she lacked intent, and that 'no reasonable prosecutor' would have taken the case.

Both of these excuses are lies.

Many 'reasonable' prosecutors have stepped forward to say that they would, in fact, indict her.   After all, if a 'reasonable' Marylin Moseby can indict police officers in the Freddie Gray case, it is not hard to assume you can find a prosecutor to press charges against Hillary.

So why, then, are there no charges forthcoming?

It is not because Democrats don't play be the rules, or that Hillary is considered to be above the law.

It is because a guilty verdict against Hillary destroys they entire Democratic Party, impeaches a President, and creates a Constitutional crisis without precedent.

One of the provisions of the Federal statutes regarding the safe handling of Classified material is a 'duty to report'.   If you are aware of a situation that may compromise the security of information, you have an active duty to report that to the proper people.

Hillary Clinton's use of a .com email address instead of .gov domain is clear evidence of non-secure handling of classified material.   No one reported her for doing so.

Therefore, anyone and everyone that sent or received a message to the @clintonemail.com email address is guilty of failure to report.

How far does this spread?  Well, we know for a fact that it covers all of her personal staff.  Everyone of them is guilty of a felony.

Most of the senior members of the State Department can safely be assumed to have seen an email with a non-.gov address. All of them are guilty.

We can even assume that other cabinet level Secretaries must have communicated with the Secretary of State at some point.

It is even likely that the President of the United States at some point used his famous Blackberry to communicate with Hillary.   If so, he is guilty of a Federal felony.

The decision not to indict Hillary was not about her.  It was about protecting the entire senior leadership of the Democratic party.  And probably some Republicans, too.

If this case were pursued to its logical conclusion, the entire Obama administration would be under felony indictment.

That's the reason she was not indicted.

Posted by Kaffeesatz at 10:29 AM No comments:

Posted by Kaffeesatz at 2:12 PM No comments: 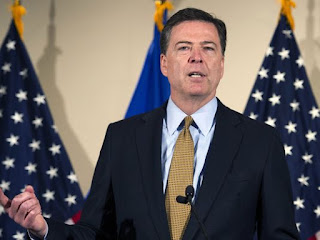 
Posted by Kaffeesatz at 2:12 PM No comments: