Solar Power Goes Up in Flames

The hopes and dreams of the Environmental movement went up in flames this week.   Not that this will slow them down, but it exposes the lie of renewable energy. 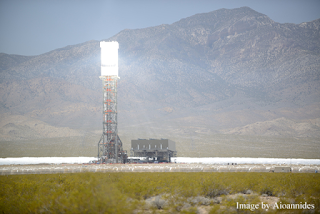 The world's largest solar energy plant is the Ivanpah Solar Electric Generating System (ISEGS) in California.  It went up in flames over the weekend, apparently due to some misaligned mirrors.

Located on 4,000 acres of public land in the Mojave Desert, the sprawling concentrated solar thermal plant is equipped with 173,500 heliostats—each with two mirrors—that focus sunlight on boilers located on top of three 459-foot towers. The tremendous heat created by the concentrated solar power produces steam that drives turbines to produce electricity. The plant, the largest of its kind in the world, features a gross capacity of 392 megawatts, enough to power 140,000 homes. Each of the computer-controlled solar-reflecting mirrors is about the size of a garage door.


This plant is in real trouble.  It has failed to meet any of the benchmarks for output over the past few years, and now one third of it's capacity will be knocked off line for a while. 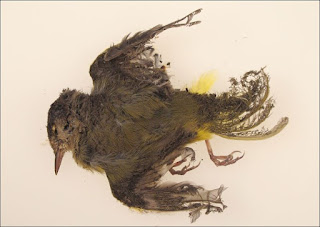 These Federally funded (meaning tax payer funded, meaning you paid for this) environmentally inspired energy projects NEVER work.   They never meet the projected energy output levels, and they are never economically viable.  They always require subsidies or other favorable treatment in order to survive.

They also don't do much for the actual environment.  These facilities, like the wind turbines as well, kill large numbers of birds each year.   Unlike the turbines that chop them up, these solar plants fry them up for us.  The birds fly through the solar flux field and  get cooked.

Government cannot pick winner and losers in any sphere of the economy, and this has been repeatedly proven true in the energy sector.

This is another example of our tax dollars going up in flames.  Literally.