Socialism Works until You Run Out of Other People's Money...

Socialism works great.  Really, it does.   Just take a look at that formerly filthy rich capitalist country, Venezuela.  They used have everything.  Oil exports drove the richest country in South America.

But no more.  15 years of socialism have worked so well that Venezuela has run out of everything.  No food, no toilet paper, no breast implants, no car parts. 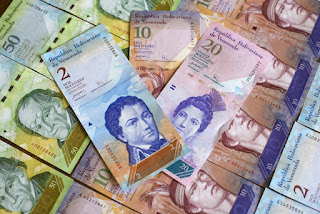 Venezuela, it seems, no longer has enough money to pay for its money.

In a tale that highlights the chaos of unbridled inflation, Venezuela is scrambling to print new bills fast enough to keep up with the torrid pace of price increases. Most of the cash, like nearly everything else in the oil-exporting country, is imported. And with hard currency reserves sinking to critically low levels, the central bank is doling out payments so slowly to foreign providers that they are foregoing further business.

Venezuela, in other words, is now so broke that it may not have enough money to pay for its money.

So there you have it.

Socialism works so well that it only took 15 years to destroy the wealthiest nation in South America.

How long before it destroys the United States?