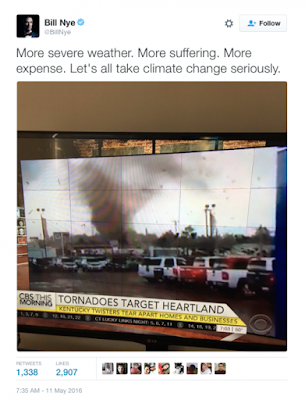 Bill Nye, the alleged Science Guy, is at again.

He is pumping out lies in defense of the great Climate Change Hoax.

The implication being, of course, that this severe weather is somehow connected to climate change.

That implication is a lie.

It is very simple for anyone interested in the potential connection to so some basic research and find out the during the time the earth's temperature has allegedly been spinning out of control, the number and severity of tornadoes has been declining. 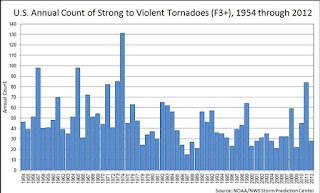 So, if there is a connection between rising temps and tornadoes, the correlation is negative.  Which means fewer tornadoes.

But this good news would fly in the face of the narrative for Catastrophic Anthropogenic Global Warming.

If the case for CAGW is so strong, why does he need to lie?  Shouldn't there be an endless string of real weather events that could be used to illustrate the dangers of our reckless abuse of the planet? 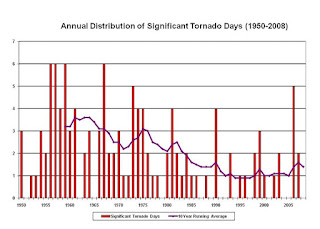 After all, the temperature of the earth has been spinning out of control for over a century.  We should have at least some proof by now.

The fact that he is now Bill Nye, the Lying Guy tells you everything you need to know about how real climate change is.