The Dems will all be RGB...Really Going Bananas!

Ruth Bader Ginsburg is hale and hearty at 85 years old, and plans to outlast Donald Trump's Presidency by sitting on the Ccourt until she is 90.

Unless, of course, fate has other plans for her. 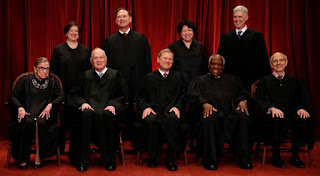 At the moment, she is convalescing at home after lung surgery and has cancelled all public events for the rest of the month.  Her declining health has fueled speculation that Donald Trump is, in fact, going to get to make a third Supreme Court selection in the near future.

A third conservative Trump SCOTUS appointment would alter the balance of the Court for years to come.  It would nominally create a 6-3 conservative majority, all but guaranteeing significant changes in public policy on several hotly debated topics.

This terrifies Democrats and the Left.   They have made huge advances in their agenda over the past 20 years primarily through the courts.   Gay marriage and abortion rights failed on every ballot they were ever on, and only became law through the SCOTUS.  All of that progress is at risk with a more conservative Court.

The Democrats cannot afford for this to happen.

If Ginsburg's seat opens up, they will execute a three part plan beyond the usual confirmation hearings circus: 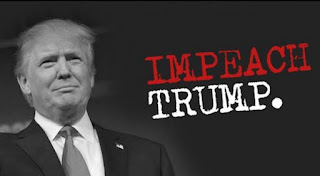 1.  Impeach the President.  The House will vote to Impeach the President on some pretext.  The Mueller report, his refusal to disclose his tax returns, buying hamberders for Clemson, or some other spurious charge will be the excuse.  They know full well that the Impeachment will end with the Senate refusing to remove the President, but that doesn't really matter.  All they want to do is de-legitimize his SCOTUS picks.


2.  Call the SCOTUS picks illegitimate.   The Democrats and the press will scream from the rafters that Trump should not be allowed to pick a third Justice because he has been impeached.   The Peoples house voted to impeach him, and that means he has lost his mandate as President, they will claim.  Therefore, they will argue, the Ginsburg seat should remain vacant until after the 2020 election.  If Trump manages to seat a new Justice, they will then use the 'illegitimate court' argument to impugn and demean every decision of that court.  Note that the Democrats have already laid the groundwork for these claims, stating that the Kavanaugh selection is invalid because Trump is under investigation. 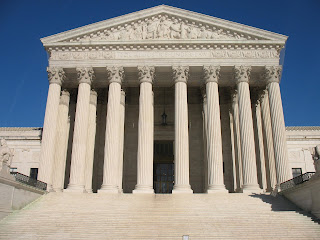 3.  Pack the Court.  There is no Constitutionally defined number of Justices on the SCOTUS.  The number of justices has been as low as 6 and as high as 10.  Since the 9-Justice SCOTUS will be 'illegitimate', and there will be no prospect for righting that wrong for many decades, the Democrats will pack the court.. Similar to the FDR's scheme in the late 30's, they will simply add members to the Court until they have a solid majority.  A 15 Justice court would be about right to achieve a liberal majority for the foreseeable future.  In fact, there are already calls for a Court packing plan being floated in the press.

The Democrats want power, and they will stop and nothing to get it.
Posted by Kaffeesatz at 4:30 PM