One Way or Another

We are three and a half years into what is arguably the worst Presidency in history.

And yet Obama is ahead in the polls.

How is this possible?

The Polls are Accurate
This is stunning and incredible to me.  On every level this Presidency has been an unmitigate disaster. The economy is in tatters, the debt about to sink us, foreign policy is a disaster with Ambassadors who are raped and murdered are dismissed as 'bumps in the road'.

And yet the President is ahead in the polls.  How is this possible?  One possibility is that we have already reached the tipping point and that there are more people that are willing to vote for more dependency than there are willng to vote for freedom.

If this is the case, then the Republic is already lost.  We will see four more years of the same -- record deficits as far as the eye can see, weakness in our foreign policy,

Each passing year we add more people to the dependent class that will vote for big government at all costs.  We are on the path to following Greece down the drain.

We are doomed as nation if Obama wins re-election.

The Polls are Fixed

This is understandable. The media (and the candidates) benefit from the perception that there is a competitive race.  People donate more.  They watch television more.  This is all big business. 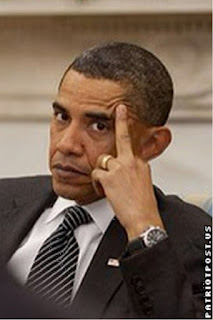 So there is a strong temptation to fudge the numbers to make it a horse race.

But there is a more indisious side to this sort of deception.

When the polls on election eve have the President in the lead, and then he gets blown out on election day, it will raise cries of foul from the Left.  It will leave Obama's base, particualarly blacks, feeling as though the election was stolen from them and that they got cheated.

I can even forsee a scenario where Obama wins the popular vote but loses big in the Electoral College.  This could happen because the Democratic machine will massively cheat in areas that it controls like New York, Chicago, and California.  This will give Obama huge numbers in these poulous states.  But they wont be able to cheat enough to overcome the negatives in the swing states, and he will get wiped out.

This will set the stage for potential civil unrest as Obama refuses to concede the election and challenges the results in court.

It will also set race relations back another 50 years when the blacks perceive that they were screwed out of getting more Obama money.

Posted by Kaffeesatz at 6:39 PM