This nation was founded on ideas.  A set of guiding principles that gave us the courage and the moral framework to carve a nation out of the wilderness.  Among these principles is the Rule of Law.


The Rule of Law is the only framework in which men can exist together peaceably.  If there are no rights and no certainty then all of economic society collapses.  This has happened before, most notably in . 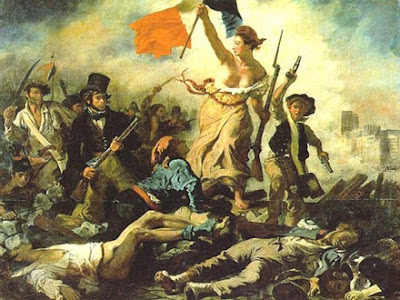 The King ruled over all of and nothing happened without his approval.  He was the law.  This resulted in a crony and influence peddling based economy that collapsed in short order.  fell from its perch as a global power and revolution swept the nation as the people revolted against the rule of man.


took a different course when the people forced the King to sign the Magna Carta.  That document limited the power of the King and elevated the Rule of Law to the most powerful position in the country.  rapidly rose to be the world’s largest economic and military empire as it spread the Rule of Law throughout the world.


Thanks to the British influence, the idea is enshrined in the Constitution and, as  John Adams phrased it,  created as ‘a nation of laws, not of men’.  Every elected official in the Federal Government swears to uphold the Constitution, and by inference, the Rule of Law.


This adherence to the Rule of Law has served us well.  We have displaced the British as the world’s leading economic and military superpower.  Our respect for these guiding principles has laid the intellectual and moral ground work for the most productive and wealthy society known to man.


·       The Supreme Court interprets Obamacare to be the exact opposite of what the words of the law say in order to uphold it.
·       When the Democrats want to replace their Senate candidate in a few weeks before the election because he is clearly going to be defeated, they simple get a judge to rule that the six weeks in advance deadline required by state law does not really mean six week, but four weeks.


·       When former Democratic Senator John Corzine is brought to trial for looting a company of over $700 million, the judge simply rules that stealing his client’s money did not constitute fraud per se, and that the lies that were told under oath were so blatant that the jury should have seen for the lies that they were, and therefore Corzine could not be charged with a crime
·      When Muslims around world start protesting because of some stupis YouTube video, the President of the United States calls for the suspension of the First Amendment and then has the filmmaker arrested.  We now live in a country where you can be put in jail for violating no laws and doing nothing wrong; you can be dragged out of your home in the middle of the night by the police.
·      General Motors is about to go bankrupt, so the government intervenes. Clearly illegal, but it gets worse.  When the government restructures the company it violates the rules and give preference to the unions, shafting the bondholders for millions of dollars.  When some of the bond holders protested, they were visited by certain government officials who threatened them.  They dropped their objections.
These are the things that happen in a banana republic, not the United States of America. We no longer have the rule of law.

We are dangerously close to the end of the Republic.