The recent topic of melting glaciers got me thinking about the fact that not too long ago there were huge glaciers covering most of North America.

These glaciers pushed south while crushing the land below under immense weight and pressure.  They destroyed virtually all life before them, and scraped much of the terrain of the continent into the sea.   Bad, scary stuff.

On the plus side, we have been left with some charming geologic features like Long Island, Cape Cod, Glacier National Park, and the Kettle Moraine area. 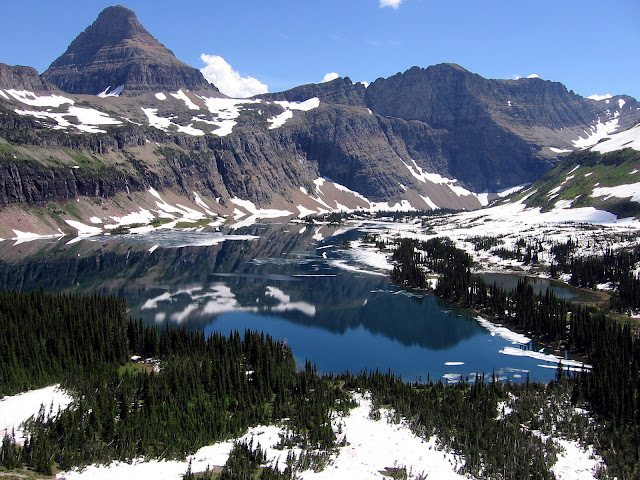 Thirty years ago the press was sounding the alarm that the Ice Ages were returning.  They pointed out that glaciation occurred in cycles, and we were well overdue for the next one.   These claims were based on cooling trends and the long term changes in the climate.

Imagine for a moment what would happen to civilization if everything north of the Mason-Dixon line was crushed under a mile thick sheet of ice.  All of Canada, Chicago, New York, Boston, gone.  All of the wheat belt of the Dakotas, all of the lumber producing forest of the north, gone.  Northern Europe, all of Russia, most of China, covered in ice.

Some of the most productive regions on earth would be destroyed.  Human civilization would probably collapse, with food scarce and the entire planet subject to severe cold and short growing seasons.  Billions of people would perish.

Now the AGW crowd claims that we are all going to die from the effects of Climate Change. But not from the another Ice Age. They now claim the earth is warming and it is the fault of industrialized nations and the CO2 output.   They have made wildly exaggerated claims about the seas rising, deserts flourishing, and earthquakes running amok.  They have even made movies and documentaries about the effects of global warming.

We know that these effects are overstated because the earth has been warmer in the past, and these warm times coincide with times when man flourished.  In fact, the medieval warm period was once referred to as the 'climactic optimum' by the poor bastards that were freezing their butts off in Europe during the Little Ice Age that followed.

But even these hysterical warmist claims of climatic Armageddon are less severe than the known effects of another Ice Age.

If we had the power to choose (which we do not), we would choose warming over cooling.  Every time.  All of the supposed effects of AGW can be overcome with ease compared with the difficulty of stopping a glacier from crushing the life out of your civilization.

So here we are trying to combat the relatively minor and hypothetical damage that might occur if AGW is real, all the while increasing the risk that glaciers will wipe civilization off the face of the planet.

Now if you want absolute proof that colder weather is more damaging than warmer weather, here it is: 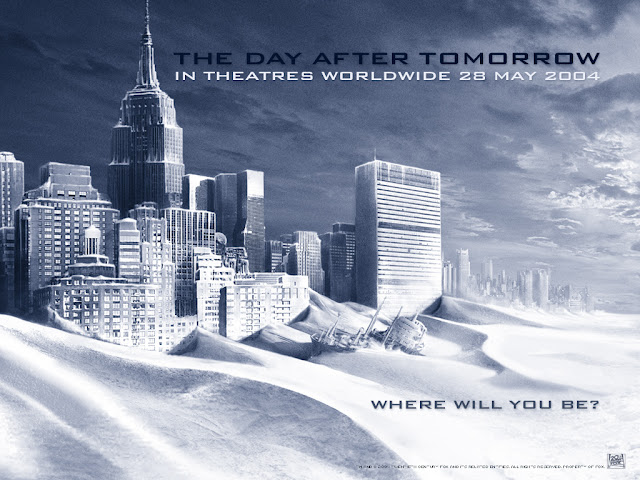 When they made the movie The Day After Tomorrow to highlight the dangers of global warming, they made COLD WEATHER the central dramatic problem of the film.  How strange is it that the biggest killer in a story about warmer temperatures is the cold, and the characters spend the entire film trying to stay warm in the face of a deep freeze.

They had to do this to make the film interesting.  A bunch of people sitting around in wife beater t-shirts saying "how 'bout  this heat" does not make for a dramatic blockbuster.   Humans instinctively know that cold is scarier than heat, and a drama based on people sweating would be boring (A Streetcar Named Desire notwithstanding).

So, AGW is likely a bunch of baloney, but even if it is not, it is better than the alternative of another Ice Age.
Posted by Kaffeesatz at 11:12 AM