The Shot Heard 'Round the World

The gun control fanatics have a very explicit goal: ban all firearms and have everyone turn them in. 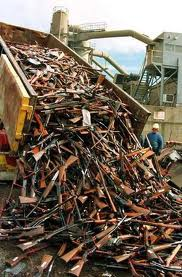 They don't say so out loud very often, but they have explicitly stated this goal a number of times.

I don't think that they have much of a chance of getting this passed as a law anytime soon.   Depsite incredibly biased new coverage and an intense propaganda campaign against guns, almost 70% of Americans oppose a ban on firearms.

But let's speculate on what would happen if public opinion turned against guns, the Constitution was amended or the Heller decision affirming the Right to Keep and Bear Arms was overturned, and the Congress passed a law banning guns.

I would assume that we would have 90% compliance with such a mandate.  After all, we are assuming that guns are so unpopular that this ban was passed in the first place.

So what happens to the remaining 10% that won't turn in their now-illegal fireams voluntarily?

Too low a compliance rate, you say?  Ok, 99% compliance still leaves 3 million firearms in the hands of three quarters of a million gun nuts.

How will the government forcibly disarm nearly a million people?

A million pitched battles on ranches, in the suburbs, or in the crowded city streets?  The Revolutionary war started because the government was attempting to confiscate some guns.  The resulting battle and ultimately the war was touched off by the 'shot heard round the world' fired by one of a few hundred militia men.

Using the above assumptions there will be over 1,500 people per congressonial district and 15,000 per state that refuse to turn in their guns.  The new 'shot heard round the world' will be heard in every corner of the country.

This cold hard reality is why the gun banners always shy away from the question of confiscation, and all of their proposals grandfather in all of the existing guns.  They know that they will spark an outright civil war if they attempt to confiscate guns.

If they don't confiscate guns, then what is the point of having bans in the first place?

The answer is control.

Gun Control is not about guns.

Gun Control is about control.