Mandatory Background Checks will have no effect on Crime

The Democrats are going for mandatory background checks on all gun transfers.

This law will have massive costs, create tens of millions of felons through civil disobedience, and have zero effect on gun violence.

This proposed law, like virtually all gun control proposals, would not have stopped a single mass shooting in the past 20 years, as an example of how little effect it would have.

The Democrats are currently proposing that all firearms transfers would need to be conducted through a Federal Background check.  Let's review the possible categories that this law would effect: 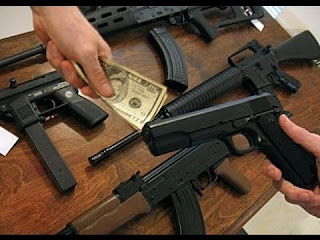 Sell a gun to a lawful possessor -- the law would have no effect here other than to inconvenience both parties. It would also incur a hefty transaction cost.  For example, my friend, a legal gun owner, sold me, a legal gun owner, a 20 GA youth pump shotgun for $100.  Forcing us to do a background check imposes a 25-50% tax on the transaction for no benefit.  The law does nothing here but impose costs and aggravation.

Loan a gun to a lawful possessor -- This would impose massive inconvenience on gun owners for no benefit of any kind.  A friend of mine has asked me to store his firearms while he is in the midst of a bad divorce.  Under this law, doing my friend a favor would result in a background check and some multiple of transfer fees.  And when it was time for me to give him his guns back, we would have to repeat the process in reverse.  This is massive imposition on lawful gun owners for no reason.

The FBI crime statistics reveal that crime guns are stolen or purchased on the black market.  Very few, if any, crime guns are obtained at gun shows or through private transfers.  This law would prevent exactly ZERO crimes.

It would, however, create a massive bureaucracy, cost billions of dollars, impose severe restriction on lawful gun owners, create a national registry of guns that would to nothing to reduce crime, and everything to increase the risk to gun owners that this information would be misused.

Posted by Kaffeesatz at 3:17 PM