Another Day, Another Hate Crime Hoax

From the perspective of someone who reads only the headlines in the national news, the last 20 years has been and endless string of hate crimes:  Rapes, graffiti, hangings in effigy, and more.   Every few months the ugly dark side of American racism or sexism would burst forth on the national scene.  This has resulted in much self flagellation, weeping and gnashing of teeth, and finger pointing.

Truly a mark of shame on our great nation that we have such people in our midst.

Fortunately, none of it is true.

Virtually every single hate crime that splashed across our national consciousness was fake.  The list of fake hate crimes is endless. 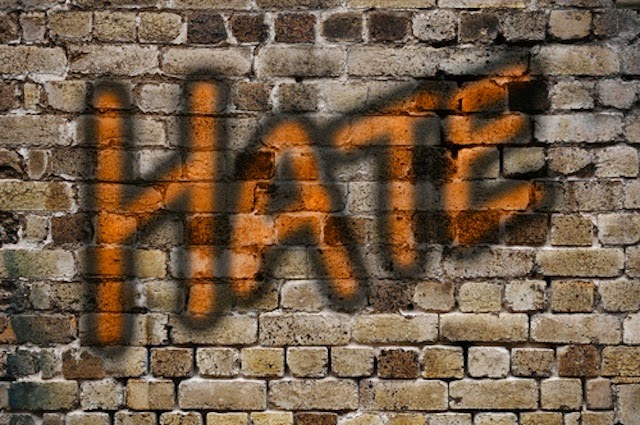 But while the 'hate crime' is front page news, the inevitable retraction is buried in the middle of the paper. People remember the initial hoopla and never learn that is was all a fake.

The latest revelation comes nearly 10 years after the initial incident.  A lesbian student faked a hate crime to get out of doing a homework assignment.  There were press releases, candlelight vigils, and a huge uproar as the initial crime was followed up by a wave of anti-lesbian crimes.   All of it perpetrated by the student that wanted to get out of a homework assignment.   This is no cute student prank: people were arrested at gunpoint as possible suspects. Committing this sort of hoax is a serious crime.

From Tawana Brawley to Duke Lacrosse to a nearly endless list of famous faked crime of hate there is a drumbeat of faux hate being used for political purpose to drive an agenda.

This is very damaging to our nation.

It creates a false impression that we are an incorrigibly racist and homophobic people when exactly the opposite it true.  It reinforces the impression that hate crimes can happen anywhere -- they don't.  They only happen when they are faked.
The fake race crimes also serve as a smokescreen for the real race crimes that happen regularly but don't get reported -- the black on white hate crimes like the Knockout Game.

America is one of the most enlightened places on earth when it come to race and sexual orientation. You don't think so?

Go live as a black person in Japan.  Go wave that rainbow flag in Iran.  Go drive a car in Saudi Arabia, lady.

You will quickly realize what true hate crimes are.

Don't believe me that the hoaxers don't pay?  Watch Al Sharpton on his nationally broadcast television show and then tell me what price the hoaxers pay for their crimes.

Posted by Kaffeesatz at 2:10 PM