Apparently, being a Liberal means being in a state of perpetual surprise.  Having a fact and logic free agenda also means that you have to be ignorant of history and unable to make the simplest predictive connections.


Take for example the recent violence here in Chicago.

We have the first warm weekend where gang bangers, drug dealers and assorted ne’er do wells can hang out on the street corners without getting chilly.


We also have the strictest gun control regime in the nation, thus ensuring the general population is disarmed and defenseless.


Naturally, the confluence of events over the weekend turns Chicago into a free fire zone, with 7 murders and 31 shootings.


The Liberals gasp “Quelle Surprise! How can this happen??  Who could have known?!?!? Mon Dieu!” 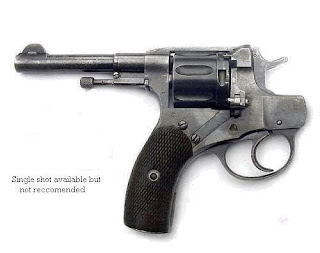 This is only a surprise to the feckless, the daft and the ignorant.


Anyone with a 3rd graders grasp of facts and logic could have predicted that gun control only disarms the victims and creates more crime, and that warm weather brings increased trouble on the streets.
Gun Control backfires every time is it tried.
The fact that Liberals are perpetually surprised by the facts indicates that they are unable to function as adults and are not fit to hold public office.