The liberal platform I included in an earlier post also includes the following nugget: 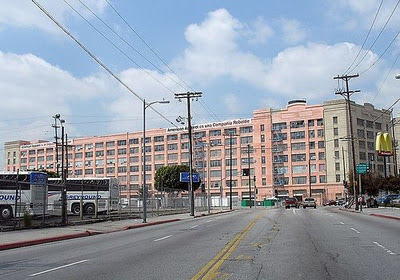 Let's take a look at what this means.

Stop Outsourcing:  This means using the power of government to prevent people from seeking the lowest cost solution to problems.  This is a form of protectionism.  History shows that protectionism is a disaster, creating more problems that it solves, and ultimately destroying that which it was intended to protect. And how would you enforce this, anyway?

Kraft, an American company that operates globally, needs to hire more people for a call center to take complaints.  Their customers are all over the world, and Kraft wants to have the lowest cost solution.  So it hires someone in India.  Is that 'outsourcing'?  What if the new hire only takes calls from people in other countries?  Is it still outsourcing?

This is non-objective law that would be subject to political interpretation.  It would give the government unprecedented power to question EVERY business decision a company makes.  This would require a massive police state and centrally planned economy to enforce.  Thus, it would destroy all jobs, including the ones that are to be protected from'outsourcing'.

American Jobs:  There is no such thing as an "American Job".  There are only jobs.  Nothing more, nothing less.  Just because someone has a job in the US, it does not belong to the US. The American People do not own this job.  It is a private contract between two individuals.

Again, we get to the problem of enforcement.  What if a Swiss bank hires a Japanese citizen to do Latin American marketing and their offices are based in Miami.  Is this an 'American' job?  What if an American company hires a Frenchman to run the office in Bangalore.  American job?

This is nonsense that would be impossible to enforce under the law. It would again be nothing more than a way for rent-seeking politicians to hold power over the productive people.

What could possibly go wrong?

Given that politicians want more power and money, we can safely assume that they will want every company paying taxes at the higher rate.  Therefore there will be powerful incentives to find and punish 'guilty' parties.  The resulting witch hunt will make Salem look tame.

We can see then that every premise of this fantasy is evil, or wrong, or both.

But this misses the essential point:  jobs will be created where the most value is created.  And if there is more value being created somewhere else, the capital and the jobs will flow there like an unstoppable tide.  Politicians demanding that outsourcing be stopped might as well command the tide to roll back.

The laws of nature and economics are immutable.  No amount of liberal - populist rhetoric will change them.  And passing laws to 'save American jobs' will only transfer wealth and power to the political classes and away from the productive sectors of the economy.

Ruin will surely follow.
Posted by Kaffeesatz at 11:55 AM