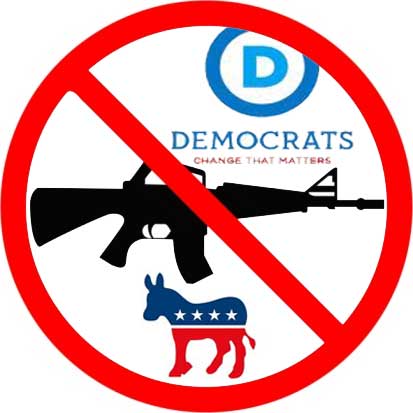 The Democrats have taken control of the House of Representatives for the first time in 8 years, and they have announced a few priorities:

This entire agenda is disingenuous crap.

Let’s look at the Gun Control agenda as an example.

A number of leading Democrats are insisting that Gun Control will be at the top of their agenda in the new Congress.  According the the Wall Street Journal,  'Democrats say they will pass the most aggressive gun-control legislation in decades when they become the House majority in January, plans they renewed this week in the aftermath of a mass killing in a California bar.'

There are a few problems with this ambitious agenda, not the least of which is that they have no intention of actually doing anything.

Trump is President and the Republicans control the Senate.   No anti-gun legislation stands a chance of being passed by the Senate and Trump.  Democratic caterwauling about guns is pure grandstanding.

Remember, when the Obama-era Democrats controlled both Houses and the Presidency with filibuster-proof majorities, they did not pass a single gun control law.   Not one.

Democrats are fundamentally un-serious about gun control.  When they had the chance to pass laws, they did nothing.  They only make noise about gun control when they are not a risk of actually having to vote on legislation.

They think that they can use gun control as a club to wield against Republicans for the next two years.   They have no intention of actually making law.