Is this really the way it ends?

Well, this virus thing is getting out of hand. 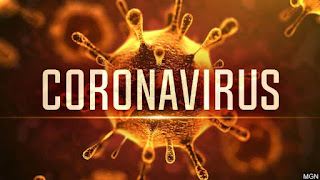 We have shut down large parts of the country. Sports, meetings, churches, restaurants, bars, athletic clubs, and retail shopping are closed indefinitely. All in the name of slowing the spread of the COVID-19 virus and saving some number of lives.

Currently there is no end in sight for the shutdown. Will it be weeks? Months? Some sources are now saying it might be as long as 18 months.

The economic and political costs are potentially severe if we keep this up for very long.

What will happen to our society if we are shut down indefinitely due to the virus? Best case scenario, a deep economic depression that takes years from which to recover.

You scoff. I am being ridiculous, you say.

Well, people were stabbing each other over a few rolls of toilet paper last week. What do you think is going to happen when the food and the toilet paper run out for real?

Modern economies in the information age are built on a lot of exchanging of goods and services. Only a very small fraction of the population actually grows food or makes stuff. The rest of us are pretty far removed from those basic industries.

The current set of policies has thrown millions of people out of service work, and the next set of impending bans (air travel, for one) will put millions more out of work. Basic civil liberties will be destroyed as we enforce our bans and quarantines. The government will need to step in and provide income and basic food supplies for these purposefully unemployed people.

The government at every level is already straining under the burden of trillions of dollars in debt. Many states, like Illinois, are already at the verge of bankruptcy. Tax receipts will fall and social services costs will skyrocket, and the government will run out of cash. When they try to raise taxes and borrow more money, they will soon find that there is no one to buy the debt and no more transactions to tax. Then what happens? 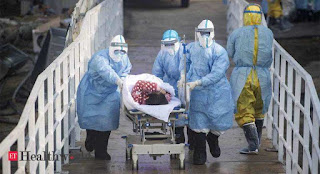 The implosion of tax receipts and the massive wave of new people on the public dole will collapse state and local governments. They will not be able to meet their obligations. They will lay off hundreds of thousands of workers, stop providing basic services, thus contributing to the vicious cycle of collapse.

The Federal Government will go through the same cycle. Within months, the government will default on debts and be forced to shut down. They will pump copious amounts of currency into the failing economy, but this will only kick off massive inflation. The currency will collapse, and with it, the Federal government’s ability to borrow or pay its bills.

Commerce will grind to a halt. The government will step in and nationalize entire industries to keep things going. If you doubt this, note that there are already calls for the Federal Government to take over the manufacture and distribution of medical ventilators, and we don’t even have a real shortage of them yet, just an imagined shortage!

Food will disappear off shelves like if does in every other government planned economy. Real panic buying will set in, and not just for toilet paper. Stores will be looted. The government will stop basic policing (This has already happened in Philadelphia, just in case you think I am exaggerating here), and mayhem and civil unrest will set in.

Basic civil liberties will vanish. Well, many of them are gone already. Want to worship in your faith? Nope, churches are closed. Want to peacefully protest? Nope, even small gatherings are banned. Want to own a gun to defend your stockpile of toilet paper? Nope, there are bans on gun sales and ownership being imposed. As of a few moments ago, the Governor of Illinois just confined the whole state to our homes for three weeks (!!!).  Is any of this reasonable?  Constitutional?

Within a very short time span, the entire system will collapse. Bands of pillagers will roam the streets, looting and burning buildings will drive people out into the night, and the complete collapse of civil society will ensue. Again, if you believe I am exaggerating, think of what happened when a there was a jury verdict people didn’t like in LA. The Rodney King riots will look like a lark compared to what will happen when the pay checks bounce, the food runs out, and the police are not enforcing the law.

It took 70 years for the Soviet Union to collapse. 20 years for Venezuela to descend into starvation and anarchy. And those countries were trying to make things work. We are actively and purposefully shutting down the economy, with nationalization of key industries to follow. The collapse of the highly leveraged, consumer-driven, US economy will be far more rapid, measured in months, not decades.


I hope the price of avoiding ‘death by flu’ is less than the complete collapse of the entire system. If this dark vision comes to pass, tens of millions will die, and it will take centuries to recover, if ever.

Oh, and if society collapses and we are living amid the ruins roasting rats on a stick over a burning rubber tire, we few survivors in the wastelands will probably all die of the flu anyway.
Posted by Kaffeesatz at 5:41 PM No comments:

Our reaction to Chinese Corona Virus, or COVID-19, seems a bit over the top.

It is hard to reconcile the reaction to past epidemics like SARS and H1N1 with the current near total hysteria and shut down of our economy.

The virus appears to be slightly more transmissible than these two previous pandemic causing viruses, but is also less lethal.

In fact, it is unclear exactly how dangerous COVID-19 is. The statistics are either unreliable or vary widely. At the moment, the virus is 20x more dangerous in Italy than it is in Germany. This makes it very difficult to predict the actual mortality in the event of an outbreak. 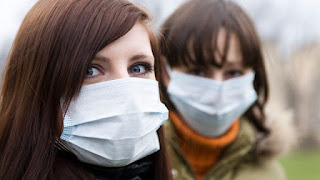 The people that are dying of this appear to be limited to elderly patients with other underlying conditions. Healthy adults get sick but recover, and children seem largely unaffected. While every death is a tragedy, it does not appear that this virus is going to wipe out huge swaths of the population. The numbers may not be any worse than the typical flu season, if some of the statistics are accurate.

So why are we in modified stationary panic over this disease? Why have we shut down the entire services industry in the country? Why have we purposefully pushed the economy into recession or depression?

It could be any one of those things.

But I think it is all of them happening at the same time.
Posted by Kaffeesatz at 5:29 PM No comments: