The Democrats have gone all in on the Impeachment of Donald Trump. 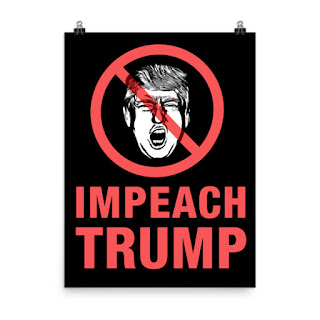 They have been saying the word impeachment since before he was even inaugurated, but now they seem to be seriously committed to impeachment proceedings.

Since the Republicans control the Senate, one has to wonder what the Democrats are thinking.  There is very little chance that the Senate votes to convict based on the flimsy or non-existent evidence of a crime that has been discovered to date.

I think its all about RGB.

Ruth Bader Ginsberg is not in good health.  In addition to her advanced age, she is battling pancreatic cancer.  Her last treatment that we know of was a stent to help keep the bile ducts open.  This is not a curative treatment, this is palliative.  It is designed to slow the effects of the cancer, not stop the cancer.  It is merely a matter of time before she is no longer able to perform her duties on the Supreme Court.

The Left is in a panic over the Supreme Court.  They currently face a 5-4 conservative majority, with Justice Roberts being quite wobbly.  If RGB is replaced with a hard line originalist, even the completely vapid reasoning of Roberts won't help the Left.  The Court will be solidly conservative, with a 6-3 advantage (5-4 even if Roberts continues to drift Left).

Losing the Supreme Court majority is a huge problem for the Left.

Virtually all of their policy gains over the past 50 years have come through, or been backed up by, a liberal and activist Court.

The implication is clear:  the vast majority of the policy achievements of the Left over the past 50 years have been wildly unpopular, unconstitutional, or both.  It is only through the power of the SCOTUS that they have made any policy gains at all. 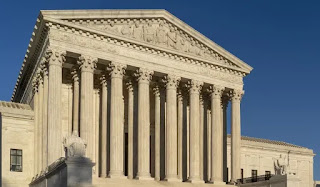 This is a disaster for Democrats.

Therefore, they have to do everything in their power to prevent Trump from making another conservative appointment.

The strategy has several parts:

1.  De-legitimize the existing Trump court nominees.  Gorsuch occupies a seat 'stolen' from Merrick Garland.  Kavanaugh is a 'rapist and a serial sexual assaulter'.   This will allow them to cast aspersions and doubt on every ruling that they don't like.

2.  Prevent Trump from making another appointment.  By impeaching Trump they hope to create enough chaos and uncertainty about the President that he is unable to nominate someone to the SCOTUS.   They will claim that an impeached President cannot make appointments, or that anyone appointed by him should be impeached as well.

3.  Pack the Court.  The Democrats will claim that since Kavanaugh committed perjury (he did not) and that Gorsuch occupies a stolen seat (he does not) and that impeachment invalidates additional nominations (it does not), they are therefore justified in adding seats to the Court to restore the proper balance between Left and Right.

All of this impeachment nonsense is part of a plan to prevent the Left from losing the one source of real power they have had for the past 50 years.

You can expect that impeachment fever will continue to heat up as we get closer to the election and the inevitable retirement of RGB.

Posted by Kaffeesatz at 5:02 PM No comments: