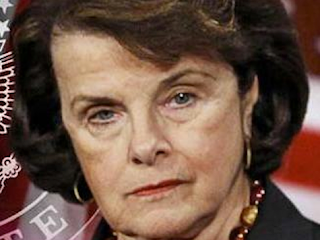 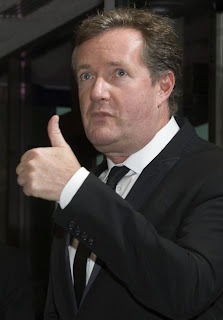 In a related event, Piers Morgan (CNN's Tonight Show) has a commercial airing on CNN about a one hour documentary coming up with the title, "Pressure Cookers - The Scourge of America". The narrative from the commercial mentions that pressure cookers are not used in the U.K. and, as a result, the rate of bombings are much less there than in the U.S. (of course, you have to factor out all of the IRA bombings from the late 90s, but that fact detracts from the obvious menace to society that pressure cookers represent - the means justify the end).

MSNBC this morning had a supposed expert on, demonstrating how food could be prepared without pressure cookers by simply using a boiling pot of water over an open fire. He claimed that pressure cookers were not needed to prepare one's food. He said that his progressive group was also looking to ban crock pots. Even though they technically aren't pressure cookers, they have an eerie resemblance to pressure cookers and should be banned for good measure. The same expert claimed that he believed pressure cookers were actually invented by the TEA Party as a means to create unnecessary panic and terror amongst our fellow citizens. He said the actions of the TEA Party in this regard are shameless and represent the extremist views of this right wing hate group. He was quoted as saying, "I hate these extremist, ring-wing idiots. Why can't they be more tolerant and accepting of our common sense ideas? Idiots they are!"

President Obama is planning a news 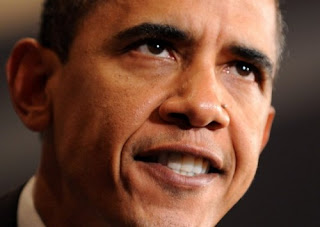 briefing in prime time tonight, asking for the American people to drop their unnecessary use of pressure cookers as there are so many other options for preparing food. In fact, the First Lady is planning an episode on the Food Network next week to show the country how to prepare food, stating in an article in Vanity Fair, "My heart-felt desire is to be the positive example and role model for all of those food preparers in the U.S. who are too naive to use other means of food preparation." The President's message went on to state, "Without a doubt, the Bush administration left us a huge mess with an enormous supply of pressure cookers and no controls for their distribution - it will take us months to clean up this problem we inherited. Mark my word, if we haven't reduced the supply of pressure cookers in half by the end of my second administration, I promise not to open my Presidential Library in downtown Chicago after my presidency." Rumors are that the President has already broken ground for the Presidential Library on Lake Shore Drive, but Rahm Emanuel (Chicago Mayor) is denying that any permits were issued or construction has started. 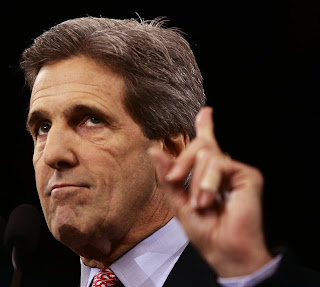 The text of the President's speech goes on to encourage all of us to take a common-sense and balanced approach to using any food preparation device that could be considered lethal. He also wants to set up a federal agency that performs background checks on potentially lethal cooking devices and apparatus before they are sold. These background checks would be followed up by the creation of a national database to document owners of these potentially deadly devices. Early releases of the news briefing text had this quote from the President, "Let me be clear, if congress doesn't do its job and pass a law banning pressure cookers, I will use my power as the President and issue an Executive Order requiring the removal of these devices from all retail outlets and the immediate termination of all domestic manufacturing and foreign imports of pressure cookers." The Chinese, who are major suppliers of pressure cookers to the U.S., have threatened to retaliate and ban all imports of organic food from U.S. producers. As a result, Secretary of State, John Kerry, is planning an immediate trip to China to negotiate a deal that surrenders complete control of the South China Sea to the Chinese if they purchase at least a few dozen organic eggs from the U.S., stating, "This is a great deal for America given the circumstances." The organic chicken wing of the environmentalist group, "Save the Planet from People", was planning to make a large campaign contribution to Secretary Kerry's 2016 presidential campaign.

Ridiculous isn't it. Just shows how intellectually bankrupt and clueless our politicians and the left are on the real dangers in the world. I am not making light of the victims of the Boston bombings. Their losses are a tragedy. But, they were not killed by pressure cookers - just evil, twisted people.
Posted by Kaffeesatz at 4:45 PM No comments: