As Hurricane Irene approached the East Coast, the Global Warming industry got itself whipped up into a Category 5 frenzy with predictions of  how this hurricane would be worse than usual due to AGW.  Finally!  Proof that Climate Change is real!!

Here are some samples:


Irene’s got a middle name, and it’s Global Warming.
As she roars up the Eastern Seaboard, everyone is doing what they should—boarding windows, preparing rescue plans, stocking up on batteries. But a lot of people are also wondering: what’s a “tropical” storm doing heading for the snow belt?
Category 3 Storms have rarely hit Long Island since the 1800s; one was the great unnamed storm of 1938, which sent 15-foot storm waters surging through what are now multimillion-dollar seaside homes. Normally, says Jeff Masters of Weather Underground, it’s “difficult for a major Category 3 or stronger hurricane crossing north of North Carolina to maintain that intensity, because wind shear rapidly increases and ocean temperatures plunge below the 26°C (79°F) level that can support a hurricane.”  The high-altitude wind shear may help knock the storm down a little this year, but the ocean temperatures won’t. They’re bizarrely high—only last year did we ever record hotter water.
“Sea surface temperatures 1° to 3°F warmer than average extend along the East Coast from North Carolina to New York. Waters of at least 26°C extend all the way to southern New Jersey, which will make it easier for Irene to maintain its strength much farther to the north than a hurricane usually can,” says Masters
http://www.thedailybeast.com/articles/2011/08/25/hurricane-irene-can-be-tied-to-global-warming-says-bill-mckibben.html


How Global Warming Will Make Hurricanes Like Irene Worse
http://www.alternet.org/environment/152200/how_global_warming_will_make_hurricanes_like_irene_worse
“I think the evidence is fairly compelling that we’re seeing a climate change signal in the Atlantic, ” said Kerry Emanuel,  a professor of atmospheric science at the Massachusetts Institute of Technology. Citing other recent trends of extreme weather, including hailstorms and catastrophic tornadoes, “one begins to wonder,  if you add all those up,  maybe you are seeing a global warming effect.”
http://www.nationofchange.org/how-does-global-warming-make-hurricanes-irene-more-destructive-1314506530


So the Global Warming crowd is all in agreement.  Irene will come ashore as a Category 3 or 4, drop unprecedented amounts of rain, and wreak havoc all the way up the East Coast, thus proving once and for all that Global Warming is real.

Irene came ashore as a Category 1 Hurricane, and was quickly downgraded to a Tropical Storm.  What happened to all the fury driven by the warmer sea surface temperatures?  Where is the massive destruction wrought by Mother Nature as payment for the sins we have committed against her?

This entire storm was a non-event.  Many reporters were embarrassed as they stood in the rain describing the violence of the storm, only to have pedestrians casually stroll though the picture in the background.

Yes, millions lost power.  Yes, there was some destruction.  But no where near the epic scale predicted by the Warmists.

So, if they were completely wrong about Irene, does that mean we can finally put a fork in the hoax that is Global Warming??

Posted by Kaffeesatz at 10:08 AM No comments:


This is the end.  After 50 years of public education and brain washing by the media, we are completely steeped in the morality of the collective.

Even the most ardent free market citizens are willing to dispense with freedom and free markets on the slightest personal whim.

Here is an example:

A friend of mine is a capitalist.  Literally.  He is a hedge fund manager that allocates investments.  He is moving capital around for a living, and therefore is literally a capitalist. He graduated from the University of Chicago, arguably the most free market business school in the country where the Austrian School looms large.  He hates Obama and all things Democrat.

So you would think that this man was a friend of freedom, liberty, property rights, and free markets.

Over a lunch, he professed a love for the mandatory calorie counts that must be posted on menus in New York.  He likes this information, and likes to have it posted on the menus, and therefore is supportive of laws requiring restaurateurs to comply with his wishes. 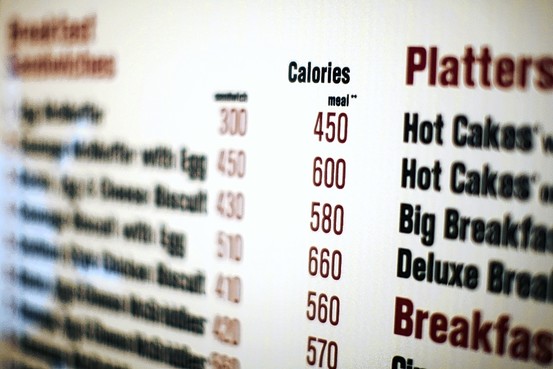 When I pointed out that this was an example of the vast over reach of the government into an area that was none of its business, he objected "But I like having that information".  I pointed out that he was forcing people at the point of a gun to comply with his most whimsical desires.  He has a free market option open to him, namely to not eat at restaurants that do not display calorie counts.  But instead, he chooses to pass laws that make his whims into law.

The one concept that he struggled with was that by giving his whims that force of law, he was claiming the power to have people that do not comply with his whims shot in the face by the police.  He failed to understand that all government power comes from the barrel of a gun; the ultimate recourse after fines and court orders and such fail to produce compliance is to send the police to seize the offender, and if the offender resists, to shoot them.

So we had an interesting conversation:

"I want this information."

Then you should only eat at restaurants that provide it.

"Restaurants have no incentive to provide it, they only want to please their customers with good tasting food"

Restaurants need to attract customers in many ways, and if you only patronize restaurants that give you what you want, then restaurants will start offering this service in order to attract you.

"Not enough people want this to create a market..."

So, then, this is a personal whim that you are imposing on the rest of the world.  You are willing to have restaurant owners shot for the crime of not catering to your personal whims.

Meaning what?  That a fine is imposed?  And if the fine is not paid? And when they show up to seize the restaurant and the owner for non-payment, what if he refuses to comply and resists?  At that point the police will call out the SWAT team and shoot that man.  They will shoot him in the face for the heinous crime of not complying with your whimsical desire to have calorie information displayed for you.

"I don't want him shot.  I just want the government to force him to post the information."

Have you ever skipped a meal, or walked across the street to another restaurant when you found out that the one you were in did not provide calorie information?

So then this personal whim of yours is important enough to you that you are willing to have other people shot in the face, but not important enough for you to walk across the street or even skip a meal?

"You are making this sound crazy"

It is crazy.  You are like a modern day Caligula, imposing your whims and ordering the deaths of those who do not immediately comply... You are no different than the Islamofacists who kill people for not wearing the right clothing.  Your desires are paramount, no matter who has to die to satisfy you.

And so we see that even the most ardent capitalists are willing to impose draconian solutions when they they want it.

When this is the case, we have lost our bearings as a society.

Posted by Kaffeesatz at 9:41 AM No comments:

And not the run-of-the-mill Mexican type aliens.  They mean outer-space type aliens:

(Guardian) — It may not rank as the most compelling reason to curb greenhouse gases, but reducing our emissions might just save humanity from a pre-emptive alien attack, scientists claim.


Watching from afar, extraterrestrial beings might view changes in Earth’s atmosphere as symptomatic of a civilisation growing out of control — and take drastic action to keep us from becoming a more serious threat, the researchers explain.


This highly speculative scenario is one of several described by scientists at Nasa and Pennsylvania State University that, while considered unlikely, they say could play out were humans and alien life to make contact at some point in the future. 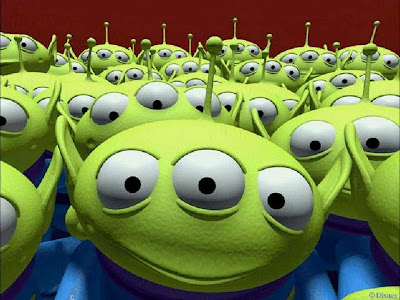 So again we see that the Global Warming crowd has completely lost their collective minds.  In addition to all the bogus claims of terrestrial disaster, apparently now the threat comes from outer space.

Unless we stop Global Warming, aliens will invade us.

This is absurd on its face, and is yet another indicator of just how desperate the AGW shysters are to remain in the new and remain relevant.

Seriously.  Who can write "reducing our emissions might just save humanity from a pre-emptive alien attack, scientists claim" with a straight face???

The fact this this is reported as news is an indication of just how much the traditional media have declined.  Just how stupid do they thing we are?

Posted by Kaffeesatz at 6:29 PM No comments: