Getting Close to the Edge

There was supposed to be some sort of right wing rally in Berkeley yesterday.  It didn't happen -- they were denied a permit by the city.

The hard left Antifa goons shouted such charming slogans as "No Trump, No Wall, No USA at all!" while milling about clad in their trademark black and armed with shields and clubs.

Lacking an actual right wing protest to attack, they proceeded to attack random passers by, chasing them, beating them, and generally terrifying everyone in the area.

The police were ordered to stand down to give Antifa 'space'.

This is a problem.  Actually, this is a lot of problems, but in total these issues bring us dangerously close to the brink of outright civil war.

Right wing people (and this apparently includes anyone not wearing an Antifa hoodie) are legitimately in fear that they could be beaten into a coma or killed by a mob at any moment.  It is also clear that police protection is not guaranteed, or even likely, depending on where you are standing.

At some point, the feral Antifa crowds are going to attack someone who is armed.  When that person pulls out their gun and starts shooting, lots of people are going to die.

This needs to stop.

Antifa needs to be declared a terrorist organization.  The leaders of this subversive and dangerous cult need to be arrested and prosecuted for crimes.  The police need to take control of the street back from these terrorists, arresting everyone that incites or threatens violence.

If this doesn't stop soon, there will be bloodshed.

There will be an incident of self defense that leaves dead and wounded on the ground.  Or someone will decide to start shooting randomly into the Antifa mob.

Once that happens, this will quickly become a much more dangerous situation.

As Hurricane Harvey bears down on the Texas coast, let me make a few bold predictions: 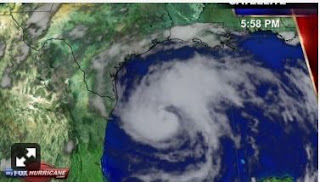 No matter what happens, Trump will be blamed -- it won't matter if Trump does everything perfectly, no matter what happens in the wake of this storm, the media will suggest that he did not do enough.  It won't matter what the facts are, if so much as one person dies, they will scream that Trump didn't do enough.   Or that he should have been doing something, anything, other than whatever he will be doing when the storm hits.  And if the hurricane is a dud, he will be blamed for wasting all the money that was spent to get prepared.

The Hurricane will cause less damage than predicted -- NOAA and the climate people have been predicting for years that Climate Change will increase the number and severity of hurricanes.  They have been wrong.  There has not been a major hurricane landfall since 2005, and that fact is embarrassing.  So they will overestimate this storm in every way.  The actual event will be less than the predict.  In fact, it might even miss Texas altogether!

The Hurricane will be linked to Global Warming -- They will claim that this is the type of storms that we can expect to see in the future.  They will claim that we are all going to die in future climate-fueled disasters like this.   And they will do it all while knowing that none of those claims are true. and the damage will used as 'evidence' of Global Warming despite the fact that weather is not climate, etc.

All of these will come to pass, and I suspect that all of them will be rolled up into one giant mess of fake news and crap.

Look for the headlines to read Negligent Trump Enables Racist Storm
Posted by Kaffeesatz at 5:44 PM No comments:

We have reached peak stupidity.

The news is so completely stupid now that it is impossible to tell parody from reality.

ESPN is banning an announcer from a certain game because he is named Robert Lee.


This is nothing but idiotic virtue signaling --  no one would have even noticed the name if ESPN hadn't drawn attention to it.  ESPN claims it was done to avoid embarrassment and controversy.  Well, they certainly failed on that account.

In other new, USC is thinking about changing the name of their mascot horse.  It seems that Traveler is too close to Traveller, the iconic name of General Robert E. Lee's horse.  No word yet on the name of Announcer Robert Lee's horse...  This is incredibly stupid.  90% of Americans couldn't name Robert E. Lee's horse if they were asked.  And Zero percent of Americans would have made such a tenuous connection because they sound similar.

Elsewhere, in a frenzy of statuary destruction worthy of Orwell's 1984 or the Taliban, Leftist thugs have been assaulting inanimate objects across the country.  While this is stupid, some folks taking it to the next level by burning and destroying a statue of Abraham Lincoln.  Nothing says you're anti-slavery like defacing a statue of the man who freed the slaves!

Every news cycle gets stupider than the last...
Posted by Kaffeesatz at 2:55 PM No comments:

The entire debacle in Charlottesville was a charade and a fraud.

The entire event was carefully manufactured to create the maximum chaos and tension.  Everything that was done by both sides was designed to have almost the exact results that we saw:  chaos, fighting, and death.

If the Nazi's are rallying and you oppose what they say and just want them to go away peacefully, the most sensible move is to ignore them. If 300 White Nationalist went to all the trouble to organize and attend this rally, and then no on else showed up, no protesters, no cameras, they would have the wind taken out their sails and they would fade into obscurity.

But the Left did the exact opposite.

They created the conditions for a fight and then executed the planned attacks perfectly.

The Mayor of Charlottesville is a deep blue Democrat and an active member of the 'resistance' against Trump.  He granted the Nazi's a protest permit (as he should) and deployed the police (as he should).

But then we see the plan change direction.  The Antifa Leftist surrounded the Alt Right protesters, hemming them into Jefferson Park.  The Police allowed the permitless Antifa people to assemble unlawfully, and at the critical moment, the police withdrew.

The police pulled out, according to the mayor, because they were outgunned.   The cops deny this, claiming they were ordered to stand down.

Why would you allow a bunch of feral leftist surround the so-far peaceful right wing demonstration and the precipitously withdraw?  To ensure there is violence, naturally.

This entire event is the sort of thing that happens when you assemble some of the worst people in the world and then withdraw the police.  Both sides were itching for a fight, and the Mayor gave it to them.

The violence and terrorism on display in Charlottesville is reprehensible, but unfortunately, it will continue as long as both sides are interested in escalating the tension and fanning the flames of hatred and division.


Posted by Kaffeesatz at 9:52 AM No comments:

Punch a Nazi, Hug a Commie!

The recent terrorist attack that followed the violence surrounding the Alt Right White Nationalist demonstration has caused everyone to lose their minds.   It has also revealed some very interesting things about the culture.

The Left has won the Propaganda War.

The Nazi's were bad.  They are rightly vilified for the mass murder of Jews and others in the holocaust.  The swastika will never be seen as anything but a symbol of hatred and evil.  Hollywood and the popular culture have firmly established these truths in the American mind.

Nazi's are so evil in our culture that they are the evil bogeyman in most movies and are fetishistically murdered in movies some 75 years after the end of WWII.  See Inglorious Basterds, or the Indiana Jones franchise as examples.  Even their uniforms are a symbol for evil -- watch Star Wars to see how evil Empire commanders dress in a galaxy far, far, away.

But it turns out that the Communists were more murderous than the Nazi's during the 20th century.  They deliberately murdered 30-50 million people in their evil effort to create a communist paradise.

You would never know this by looking that the pop culture.  The icons associated with the Reds are perfectly acceptable to wear and display.

You can wear a picture of the murderous sociopath Che Guevara with no one giving you a second glance.   You can wave a Soviet hammer and sickle flag, or wear it on your belt, and no one flinched.  Try putting Hitler on a T-shirt or wearing a swastika belt.

The Left has been very effective at demonizing the Nazi's and pinning them on the Right.  In reality, the Nazi's are socialists.  They are National Socialists who opposed the international socialists, ie, the Communists.  They are both collective, socialist movements that differ only on how to organize the people.  The Nazi's want to use skin color and national identity, and the Commies want to use Class.

The Nazi's and the Communists are equally vile, evil dangerous people with bad ideas and terrible plans for the subjugation of humanity.

Yet everyone is rabidly anti-Nazi, and the Communists get a free pass.  And the Right gets tagged as owning the Nazi's, when the opposite is the truth.

The Left has so thoroughly controlled the narrative here, even Republicans like Marco Rubio are conceding the argument when they say that the Nazi's are 100% to blame and they have committed human rights atrocities in the past.

This is equally true of the Communists, but that is not part of the Leftist narrative.

Posted by Kaffeesatz at 11:24 AM No comments:

“So you think that money is the root of all evil?” said Francisco d’Anconia...

Ayn Rand's Atlas Shrugged contains a number of quotable and pithy speeches, but none so rich as the speech by Francisco d'Aconia 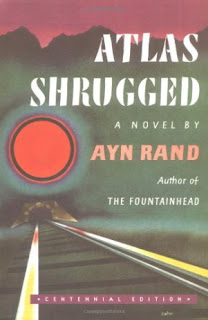 “So you think that money is the root of all evil?” said Francisco d’Anconia. “Have you ever asked what is the root of money? Money is a tool of exchange, which can’t exist unless there are goods produced and men able to produce them. Money is the material shape of the principle that men who wish to deal with one another must deal by trade and give value for value. Money is not the tool of the moochers, who claim your product by tears, or of the looters, who take it from you by force. Money is made possible only by the men who produce. Is this what you consider evil?"

“Until and unless you discover that money is the root of all good, you ask for your own destruction. When money ceases to be the tool by which men deal with one another, then men become the tools of men. Blood, whips and guns–or dollars. Take your choice–there is no other–and your time is running out.”


Capitalism Magazine reprints the entire speech here.
Posted by Kaffeesatz at 10:50 AM No comments: