What is Venezuelan for 'Atlas Shrugged'?

Hugo Chavez was a champion for the poor and a foe of the dreaded oligarchs and capitalists.  So he did what all agrarian reformers and socialist parasites do.  He helped the poor by destroying the rich.  He nationalized the oil company, the factories, the large farms.  He imposed price controls and heavy regulations.

In short, he imposed socialism on the wealthiest nation in South America during his 14 year tenure.

A few short years later, the results are becoming apparent: 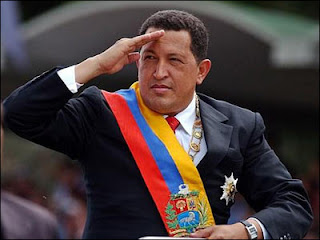 All of this is, of course, entirely predictable. This is textbook socialist dysfunction right out of Atlas Shrugged.

Every socialist economy has failed, and Venezuelans are about to pay the price for Chavez's communist ideals.

After the 2010 nationalization of the countries primary supplier of farm supplies, it is now routinely late in delivering the basics like fertilizer and herbicide.  The farmers cannot get spare parts for tractors, and the price controls on rice make buying new equipment impossible.  So the farms fall in to disarray and production falls.

The socialist rot spreads across the entire economy. In a capitalist economy an alternate supplier would step into the breach and fill the need, resulting in farmers getting what they need.

The entire economy is propped up on oil production.  If that falls further than it already has or if prices fall, god help the Venezuelan people.  30% of the people who were middle class have now fallen back into poverty.

I guess Chavez loved the poor so much he decided to make millions more of them.
Posted by Kaffeesatz at 8:59 AM No comments: